As a starting point, in an approach to the work of Guillermo Fornes, the words of the critic Fernando Castro Flores: His work is built on two pillars, the creation of a discourse based on synthesis and his gestural work, transmitting in his different series a journey through emotion, innovation and experimentation in the creative process. Without a doubt, Guillermo Fornes’ “sedimentary” paintings are an incarnation of the passage from the landscape to the interior, from the enormous to the intimate, combining that rare intermediate place in which the sublime can be manifested.

The actuality of the sublime, named after Barnett Newman. The imaginary of Guillermo Fornes reveals an extraordinary poetics, trapped us with his, forgive the paradox, forceful lightness, his fascinating forms make us approach the edge of the sublime “All the great works -John Berger points out-, the works that enslave us they are forever this close to what inspired them.” It is difficult to talk about the pleasures and hidden harmonies of those experiences that have to do with closeness. You have to be prepared to hear the unheard. Fornes is a painter of the diaphanous, knowing that the deepest is, at the same time, the skin and the air. 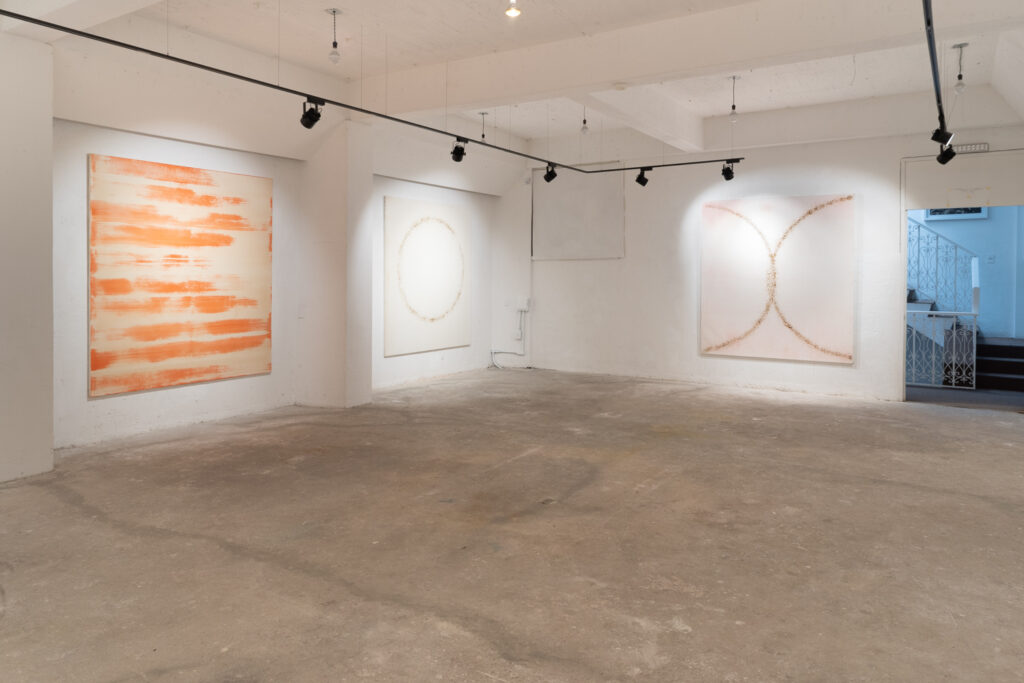 It is symptomatic that it is the concept of entropy that inspires this exhibition. A concept from physics, whose fundamental statement, roughly, is that of a physical magnitude capable of maintaining the balance of a system and that, for this reason, can measure the degree of organization of the same. It is symptomatic, because it speaks of how experimentation with language and materials forms part of the artist’s expressive syntax. Syntax work as a sort of alchemy, where gunpowder and water seek to distill another reality from the material, capable of absorbing the thickness and intensity of subjectivity.