Menchu Gal initially trained in Irun with Gaspar Montes Iturrioz. She won the Prize in the Competition for New Artists of Guipuzcoa in 1932 and before he was fifteen he moved to Paris, where he received classes from the master of cubism, Amédée Ozenfant. There he discovered Matisse and Fauvism.
In the early 1940s he returned to the Spanish capital, where he took part in the so-called Madrid School. He attended classes at the San Fernando Academy of Fine Arts. There she learned from masters such as Arteta and Vázquez Díaz, but the Civil War of 1936 forced her to take refuge in France once again. Menchu Gal was an outstanding architect of the renewal of post-war Spanish painting and, valued and recognised in the difficult world of painting from her youth, in 1959 she became the first woman to be awarded the National Painting Prize.
The landscapes of La Mancha and her native region were from then on her hallmark and she established herself as one of the great artists of the post-war period. Her production also included portraits and still lifes, with which she starred in numerous exhibitions in museums and art centres all over the world: the Gulbenkian Foundation in 1971, the Conde Duque Cultural Centre in 1990 and the Centro Cultural de la Villa in Madrid. She also participated in the Venice Biennale on three occasions.
Menchu Gal was ahead of her time. In 2005, the Provincial Council of Gipuzkoa awarded her the Gold Medal of Gipuzkoa, the most important distinction granted by the Provincial Government. In this way, the painter from Iruña became the first woman in the history of this medal. On that occasion, the deputy general, Joxe Juan Gonzalez de Txabarri, highlighted her free spirit, “most of the time heterodox. Independent, a precocious traveller, intellectually restless, Menchu Gal was a woman ahead of her time; linked to the most important painters, artists and avant-garde movements of the 20th century”. 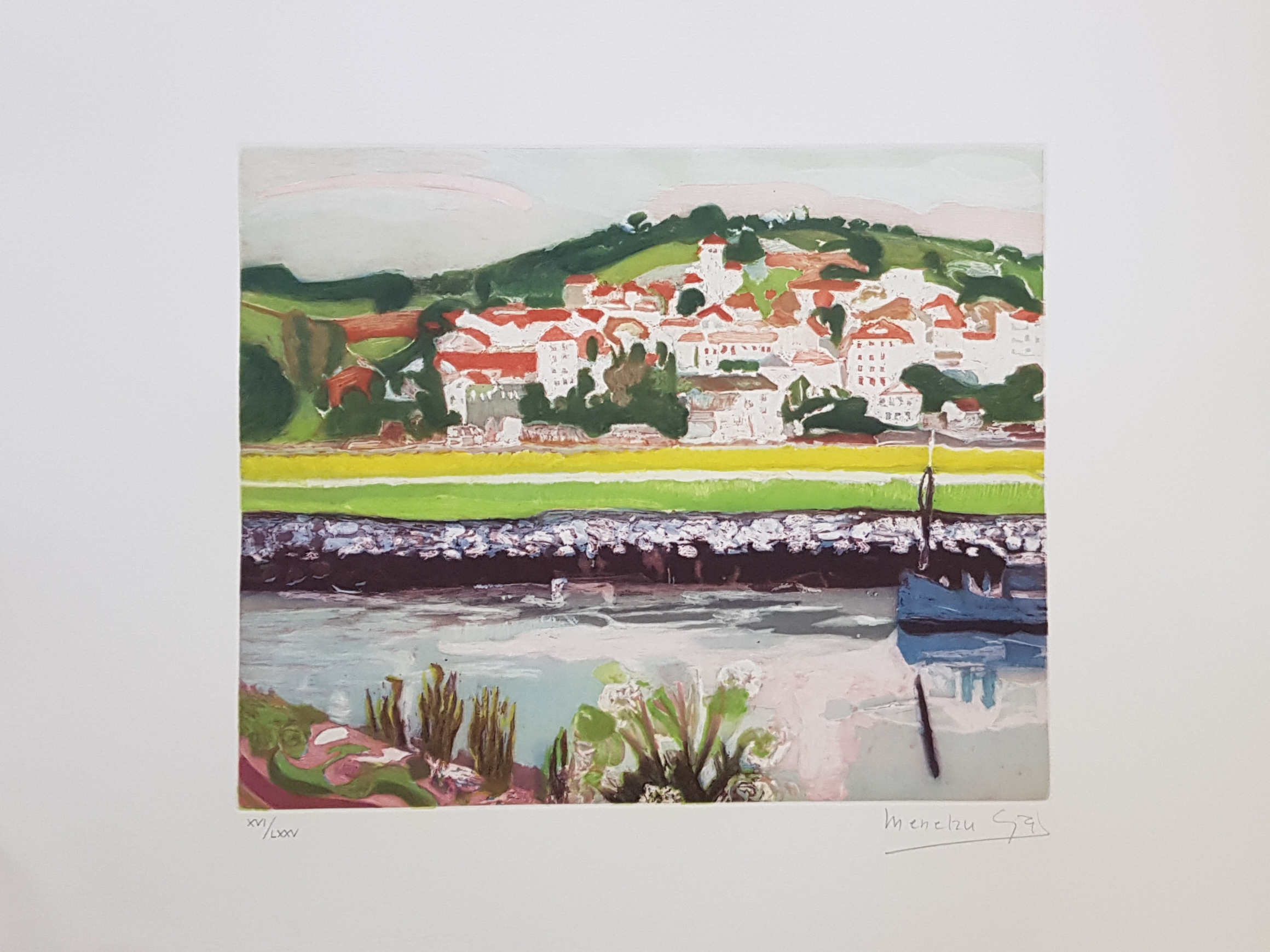